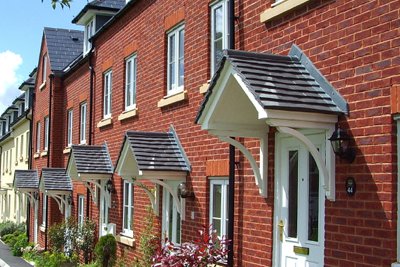 Housing demand higher than ever as Rightmove traffic hits record levels, with visits up nearly 20% year-on-year in January.

Encouraging 5% uplift in new properties coming to the market compared to same time last year resulting in the highest total number of newly-listed properties at this time of year since the 2008 credit crunch.

The Year of the First-Time Buyer: Government initiatives and low interest rate outlook now aligning with more property choice for first-time buyers, with 10% year-on-year jump in the number of two beds or fewer coming to market.

The price of property coming to market has hit a new record less than two months into the new year’s seasonal upturn. New seller asking prices have increased by a substantial 2.9% (+£8,324) this month, in spite of some improvement in the balance between supply and demand. There has been an encouraging 5% uplift in the number of new properties coming to the market compared to the previous year, which will help to meet some of the record demand from home-movers. New supply of typical first-time buyer homes has increased most, up by nearly 10% this month, a welcome boost alongside other initiatives for those looking to get onto the housing ladder in 2016.

“The new year’s market has hit the ground running in many locations, continuing last year’s momentum and resulting in the price of property coming to the market hitting a new high. Many agents reported high numbers of sales in November and December and properties selling more quickly, so it’s encouraging to see signs of replenishment of property, especially in the first-time buyer sector. However, in spite of the apparent veneer of market buoyancy, those thinking of putting their property up for sale need to avoid being too optimistic with their initial asking price, as most buyers are still understandably being very selective about their future home.”

Record prices and demand with some recovery in supply

The previous record price high was set in October 2015 but this has now been exceeded by £2,738, pushing the average new seller asking price to £299,287. Demand for housing as measured by traffic on Rightmove and enquiries to agents is also at record levels. There were over 127 million visits to Rightmove in January, up by nearly 20% on January 2015, with phone and email enquiries to agents also at an all-time high of over 4.9 million in the month.

A continuing feature of the recovering market over the past few years has been the supply of property coming to market failing to keep pace with demand. There are now welcome signs of fresh supply increasing with the volume of new properties coming to the market is at the highest level since the credit crunch of 2008. However, it should be noted that this is patchy by region with only four regions above the 5% year-on-year average uplift, namely London, South East, South West and Yorkshire & the Humber. In the West Midlands new stock is actually down by 0.3% and Wales and the North West have seen an uplift of 1% or less, restricting fresh choice for buyers in these regions.

“While more properties are coming to market there is little anecdotal evidence of tax-shy landlords selling up. It is more likely made up of additional first-time sellers who are either hoping to bag a buy-to-let investor before the April stamp duty hike, or joining others who are deciding that 2016 is their year to trade up. Those trading up are no doubt encouraged by the stable interest rate outlook reassuringly communicated straight from the Governor’s mouth.”

The Year of the First-Time Buyer

The sector seeing the highest volume of new properties coming to the market is the typical first-time buyer property with two bedrooms or fewer, up by 10% this month compared to the same month last year. 2016 could be the year of the first-time buyer encouraged by low interest rates, initiatives such as Help to Buy, and buy-to-let investors facing increasingly adverse taxes.

“For the second month running the highest increase in supply of homes coming to market is properties with two bedrooms or fewer, typically the target purchase of first-time buyers or buy-to-let investors. There is a 10% uplift in new supply compared to the same period in 2015, meaning all regions have more fresh choice in this sector than at this time last year. Regions outperforming the national average with over 10% more newly-marketed homes with two bedrooms or fewer are London, East, South East, South West, West Midlands, and Yorkshire & the Humber, and if this trend continues the increased competition among new sellers may help to temper price rises. More and more agents are reporting a healthy return in first-time buyer numbers, and with the cards increasingly stacked in their favour 2016 could prove to be the year of the first-time buyer.”